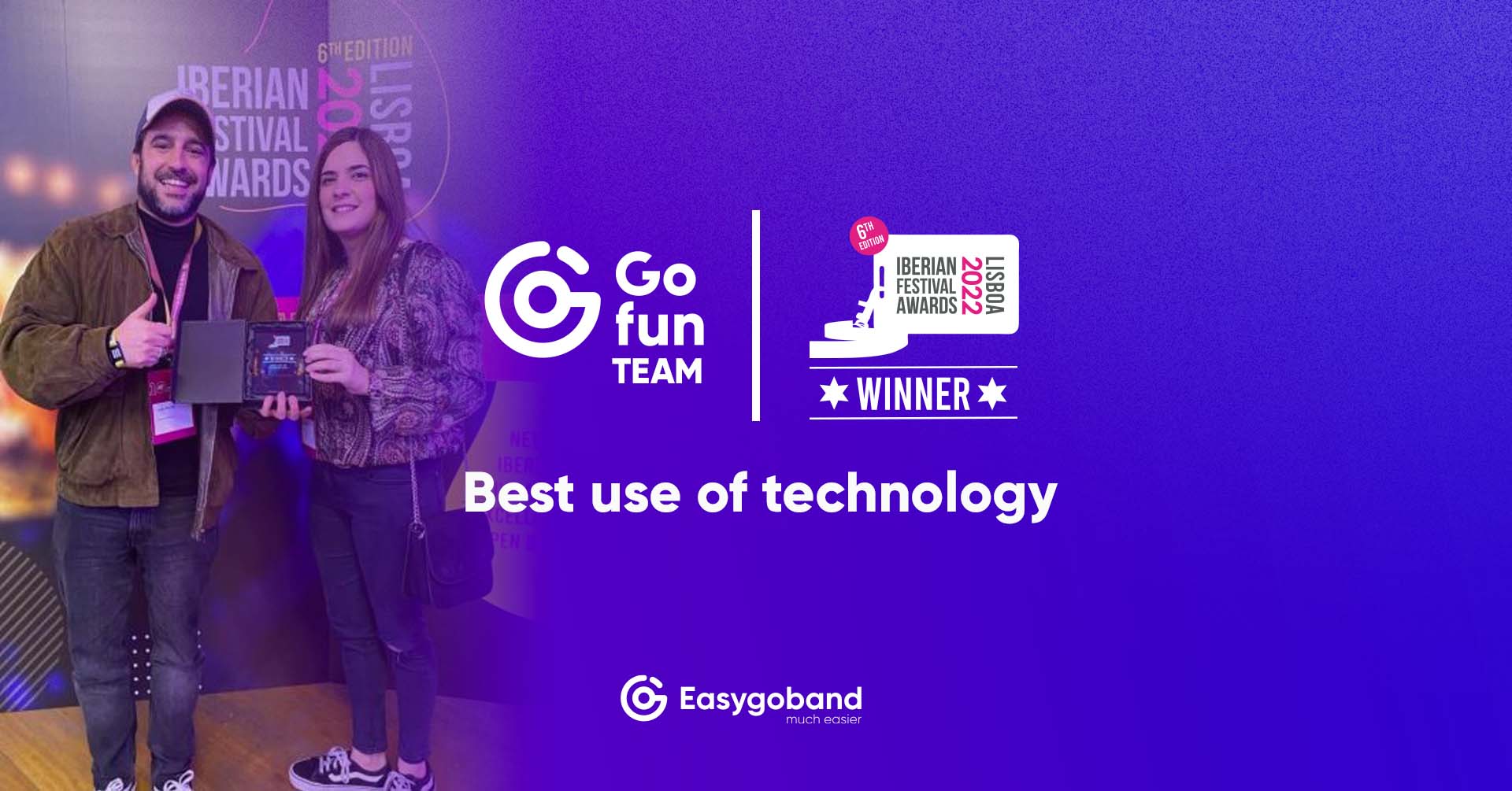 We weren’t few who were eagerly expecting things would come back to be what they were before the almost every activity world collapse, in march 2020. At the very minimum, nearly everyone had the expectation of that weekend plans. Above all when precisely that weekend it is scheduled the celebration of a ceremony where your work opts to be awarded with two prizes aimed to technology and providers, in a party whose end is to value the music industry long and wide of Spain and Portugal

Luckily, two years after the date, the feeling is back but in this case with double motivation: we are nominated again. Which means that Iberian Festival Awards are a fact, again. So we pack our things and travel to Lisboa. Boa viagem!

What are the Iberian Festival Awards?

The Iberian Festival Awards (IFA for short) are awards aimed to acknowledge the contribution and accomplishments of event organisers and other agents involved in them, to the festivals industry. This year it has been awarded the work of these agents from january to december 2021, in which has already been its 6th edition.

Under this initiative it intends to boost the relations between Portugal and Spain, to grow, create and/or to optimise effective synergies among the two countries.

One of the particularities of this festival, is the large number of valued categories to award the events industry. Since it contemplates attendees and perspectives that usually are invisible to the public eye. But, that without them, their experience would be much less easy and efficient. We are talking, for instance, about technology providers, among whom we find ourselves.

In this 6th edition, after two long hard work years, new developments and improvements to put at the industry service to offer the best and safest user experience, finally, the prize came. We are proud best use of technology IFA winners.

It is highly comforting to get your day to day work valued. But if this value comes in a public way from out of your enviromnment, it is much more valuable. Since it means that we are doing things good and it can be noticed. And besides, it can be noticed within the first year, after a forced impasse, in which these kind of recognitions are being made, where priorities have changed. It is no longer the same to offer the possibility of cashless payments (among other functionalities), that being a cashless payments platform that enables infinite payment possibilities reinforcing and boosting safety this way. This recognition is particularly appreciated, as it means we have known how to adjust ourselves adequately to the current promoters and users needs. So our customers let us know, and now, as well, it is also acknowledged by the industry.

And it is that Gofun, our platform to digitise festival internal operatives and its payments, has evolved unifying cashless payments through wearables, with the bank payments service in a single TPV device. Being this way, it now offers a wide range of payment methods (NFC wristband/card, bank card payments, mobile payments, with QR codes or even cash payments). But on top, it provides BIG Data reports with analysis and sales reports, which banks with its conventional devices are not able to offer to the promoter.

Our technology is focused in removing barriers and frictions offering to the final user every possible payment methods, reducing queues and waitin., So they can be focused in enjoying the event. At the same time, the promoter obtains detailed reports. So they can get to know better its sales information, enabling the resources optimisation and rentability increment.

After 108 events last year, we have been pioneers in Spain in offering this technology through a hybrid device. It allows both, cashless payments by NFC wristband/card and contactless payments by bank card with mobile devices. Thanks to its simple management (no installation needed), has allowed the festivals to implant a bigger number of payment points at every bar o point of sale. Making even possible an in motion sale with straight to table service. After all this, it is offered to the promoter every report and sales analysis in order to optimise resources and to have total control.

One solution, all the possibilities

We are currently the most complete payments for festivals company with only one solution that gathers every possible payment methods and combinable among them:

And it is that Gofun by Easygoband is a solution with endless payments possibilities, with a superb IFA which recognises the best use of technology in festivals

#Easygoing: Present and future of technology and events by Ibai Cereijo

Ibai Cereijo has been helping music and cultural businesses for years to improve their brand…
Easygoband
Contactless Payments
July 8, 2022

Contactless payment at hotels and events and its hugh benefits

These pandemic times we are going through have shaken reality as we knew it. Now,…
Easygoband
Contactless Payments
June 29, 2022